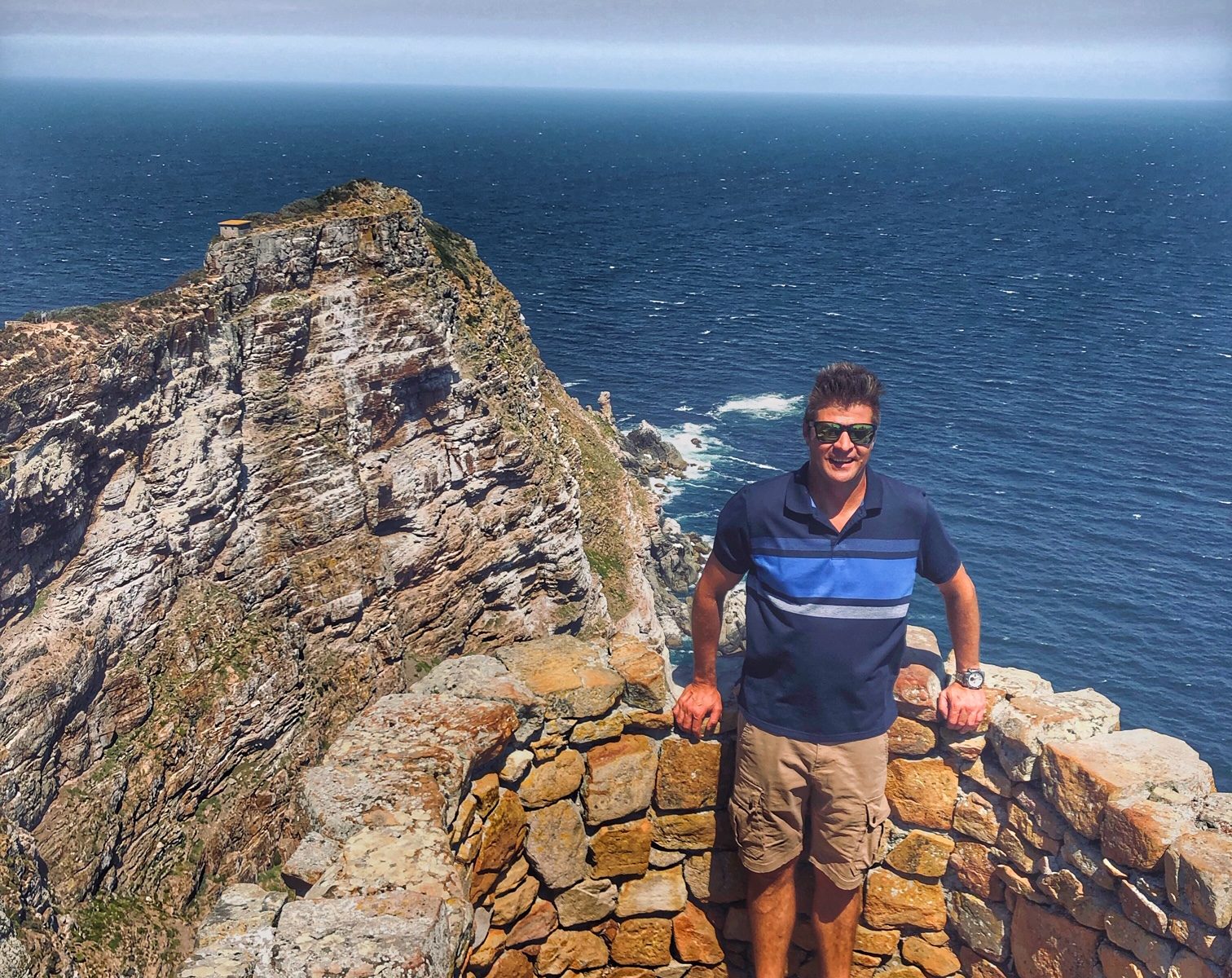 On the Cape Peninsula Tour, we travel all the way around the Mountain, along the cape peninsula, starting along the Atlantic seaboard flanked by the majestic 12 Apostle mountains to Hout Bay, over Chapmans Peak to Cape Point Nature reserve. On to Boulders Beach to see or swim with the African Penguins, a lunch stop in Kalk Bay and a wine tasting in Constantia before returning to Table Bay.

The Cape Peninsula Tour starts with pick-up from your hotel with the air-conditioned van and registered tour guide. The trip starts on the Atlantic seaboard, through Camps Bay with its blue flagged beach en route to Hout Bay hugging the coast all the way. Our first stop is at the lookout point on Chapmans Peak Drive .

Chapmans Peak drive is carved into the mountain with the ocean at the foot of sheer cliffs. On through Noordhoek with its long white sandy beach and horsey inhabitants. We keep along the coast all the way to Cape Point Nature Reserve. Here you get to explore the southwestern tip of the cape. A walk along Diaz beach and check out the lighthouse. Baboons are common in the reserve.

On to Boulders Beach to visit the African Penguins. These flightless birds nest all year round and can be pretty vocal at breeding season. Boulders Beach is also open to bathers so you are able to swim with the penguins if you wish to brave the cold water.

Lunch in the Kalk Bay Harbour where you can see the resident seal and watch the local fisherman bring in the catch of the day. En route to our last stop, we pass the shark spotters of Muizenberg beach, over Boys Drive to Steenberg Farm for a wine tasting before we return via Constantia back to the city.